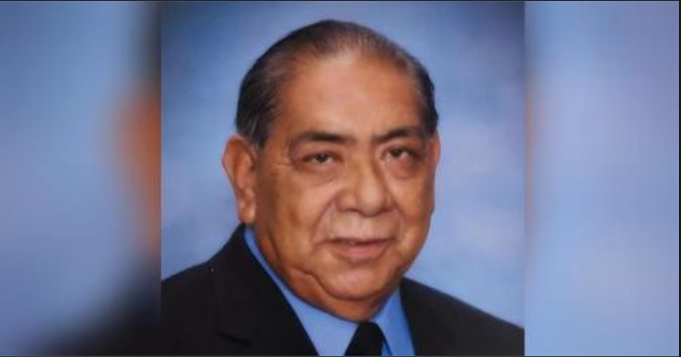 Mario Castilleja loving husband of Belen Castilleja was born to Alicia and Roque Castilleja Sr., in San Antonio, Texas, on October 17, 1944, and passed away on September 11, 2022. Mario was the second of four children. Mario graduated from Lanier High School in 1963 and enlisted in the United States Air Force National Guard where he became a Master Sergeant and served his country proudly for 42 years. While serving his country, he received numerous military awards and citations. He was called to active duty, where he served in Desert Storm and the Iraqi Freedom Wars. After graduating from Lanier High School Mario continued his education from 1976 – 1978 at Southwest University (Texas State) where he received his Associates of Applied Science Teachers Degree. Mario also taught auto mechanics in 1979 at Lanier High School and in 1990 at St. Philips College. Mario owned and operated his own business RC5 Automotive from 1980 – 2007. After his retirement, he married Belen in 2008 and became a stepfather to 3 boys: Raul and Fidel Ramirez and Marcos Barajas. He enjoyed gatherings with his friends and family at his home on any given day. He was an amazing cook, especially when it came to pinto beans and lighting up his BBQ pits to smoke all types of meats. Everyone loved Mario’s briskets and people would bring him several at a time to smoke for them as this was his way of helping others. Mario had a love for all types of music and became a DJ where he would play at many different VFW’s; up until his health began to decline. Mario worked in the vehicle maintenance department for the 149th Fighter Wing at Kelly Air Force Base, until he retired in October of 2004. Mario was a member of the Fourth Degree Knights of Columbus at St Anthony de Padua Church Assembly #1102 as well as being a member of the Knights of Columbus Council #8757 at St. Lawrence Catholic Church, where he served as a Grand Knight. He and his fellow members worked closely in helping the community and fellow Veteran’s. Mario was an active member of the Veterans of Foreign Wars Sam Houston Post 76 for 29 years, where he held many positions. In 2007 he co-founded the Honor and Color Guards, where they would travel locally and to surrounding towns to provide military honors for deceased Veteran’s. In 2009 he was recognized by the City of San Antonio Chamber of Commerce for his outstanding service and dedication of Veteran’s in business. Mario is preceded in death by his parents Roque, Sr. and Alicia Castilleja, his first wife Rosario Castilleja and mother of his children, Brother Roque Castilleja, Jr., his sister Stella Toney and his daughter Belinda Castilleja. Mario is survived by his loving wife of 14 years Belen Castilleja, Sons; Roque III (Cindy), Mario Jr, Carlos (Jeanette), Raul (Griselda), Fidel (Brandy), Marcos, his daughter Nadine (Felix), his Sister Mary Alice Jimenez and his only living Aunt Sylvia Torralva. He leaves behind numerous grandchildren and great grandchildren, cousins, nieces, nephews, as well as many loving friends. The family would like to extend their gratitude, love and many thanks to Mrs. Irma Estrada of Alamo Area Council of Government (AACOG) for her patience, kindness, love, support and care she provided to Mario for over 1.5 years. We will be forever thankful to her for her act of kindness shown to Mario and the Castilleja family. The viewing will be held on Tuesday September 27th at 5pm at Mission South Funeral Home 1700 SE Military Dr. with a rosary to follow at 6:30 PM. A Mass of Christian Burial will be celebrated in memory of Mario on Wednesday September 28 at 11:30 AM at St. Lawrence Catholic Church 236 E Petaluma Blvd. Those who desire to accompany him in journey to afterlife may do so by being a part of the procession to Ft. Sam Houston Cemetery directly after Mass. Memorial donations may be made to either of the two nonprofit organizations in memory of Mario at the following addresses online, mail or by phone: The American Cancer Society P.O. Box 42040 Oklahoma City, Oklahoma 73123 online cancer.org/donate Call (800) 227-2345 The American Heart Association P.O. Box 840692 Dallas, TX. 75284-0692 (210) 810-3100 If mailing a check, please indicate who the memorial donation is for.